Our DRMG Leaders live our core values, and foster our culture. Together, and with their teams, they build the foundation for success and growth. 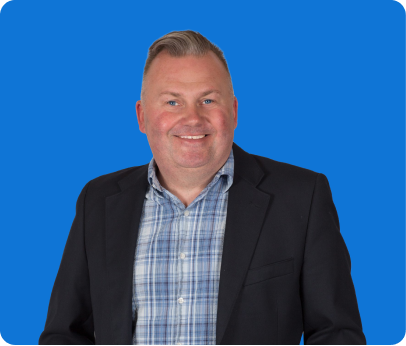 Background: Prior to founding Money Saver Magazine in 1996, now DRMG’s flagship brand, David was the owner of a regional newspaper chain where he developed print distribution strategies, operations and efficiencies. He also owned a Fitness Franchise with locations spanning Canada and the U.S., and elevated the company for sale to a private equity firm. Most recently, David has consulted on various medical manufacturing and distribution companies and other franchise and business systems in the areas of Marketing and Administration and Franchise Sales with a focus on improving company performance, operational efficiency and management information resources and has provided management and strategic advice to a wide range of businesses in a number of areas including community and government relations.

David is a past President for the Stoney Creek Chamber Of Commerce and currently sits on several Marketing Boards and Advisory Committees including the Hamilton Health Sciences Foundation, Hamilton Conservation Foundation and the Valpak Franchise Board of Directors

Fun Facts: An avid downhill skier, you’ll find David at the Cottage during the summer and on the slopes in the Winter.  David is also actively engaged in numerous charities and fundraising initiatives.

Get Started With Direct Mail

Start attracting, engaging and retaining more customers at home, right in their mailbox.